From beginning to advanced sewing, patternmaking and draping;
We are apparel people making your sewing dreams come true

Portland’s only fashion design school is accredited by the Accrediting Council for Continuing Education and Training (ACCET), a statement that the school’s teaching and programs meet rigorous educational standards.   PFI is ACCET’s first fashion design school. The school has been in business for a decade — first as Portland Sewing then licensed by Oregon as PFI.  The ACCET accreditation validates that PFI operates at a level of excellence.

More than 6,000 persons have studied at the school since it opened its doors in April 2010.  Most students come for a single class, from beginning sewing to patternmaking to apparel business.   Others come to enroll for a career.

PFI offers classes for the beginner to the advanced stitcher wanting to learn something new, from sewing basics to patternmaking, draping, tailoring and couture. No matter the class, PFI’s job is to make sure students gain skills, create a project they like, build confidence — and have a good time doing it.

In its evaluation process, ACCET noted PFI’s strengths in the quality of its classes and teachers, its connection to the Portland’s apparel companies and its graduation and placement rates.   ACCET accredits continuing education and training programs at more than 214 schools nationwide.  It was officially recognized in 1978 by the U.S. Department of Education.

She is on the board and a judge for local fashion shows and several local charities.. She teaches apparel construction for Columbia Sportswear and patternmaking at Nike.

Her apparel life began more than 20 years ago as a custom clothing business called BlairWear. That company now offers two lines of clothing: StudioSKB (Vintage Inspired.  American Made.) and SKPDX (Easy wear. Easy care. Beautiful knits made in the USA). Sales benefit The Nature Conservancy and Locks of Love.

Sharon’s work has been featured in national and local publications: Threads, SewStylish, The Oregonian, Portland Business Journal, The Mercury, Portland Monthly and local fashion shows. She has appeared on KGW’s Portland Today and  KATU’s AMNorthwest as the “Sewing 101” expert.

You know what, I am just overall delighted to be in your school. I feel as though I’ve been searching for it for years as an alternative to FIT or Pratt or Parsons.
— Aimee R 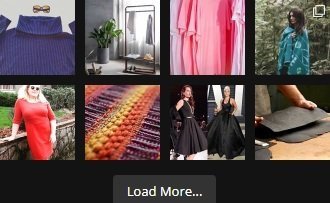