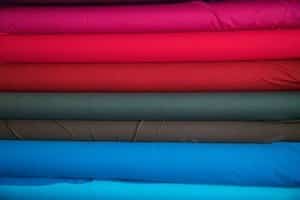 We all love wearing knits – the stretch makes it comfortable to wear and forgiving if you gain or lose a few pounds. The fit makes all the difference.  That’s why buying fabric online can be so difficult. You can’t feel a knit fabric before you buy it.  You don’t know how much it can stretch.  It can be hard to know what you’re getting. It’s disappointing to order fabric for a project and realize when it arrives that it just won’t work. It’s hard enough unless you go to a fabric store such as PFI Supply and have knowledgeable hep
To help make sure you get what you want when buying knit fabric, here the main types of knit with a guide to tell you what you can expect from each of them, as well as what clothing items to make from them. 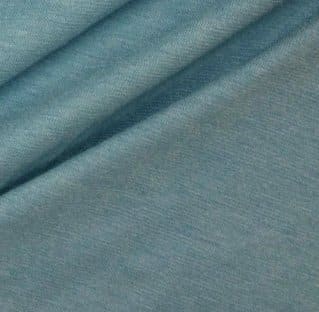 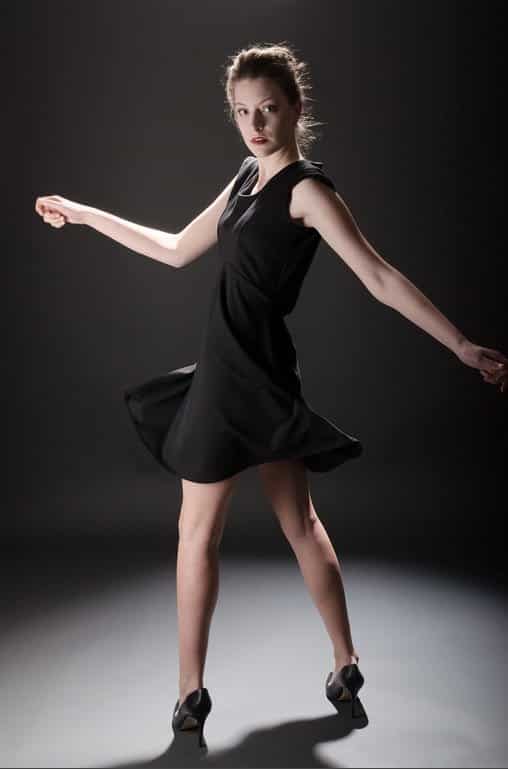 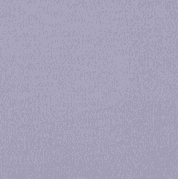 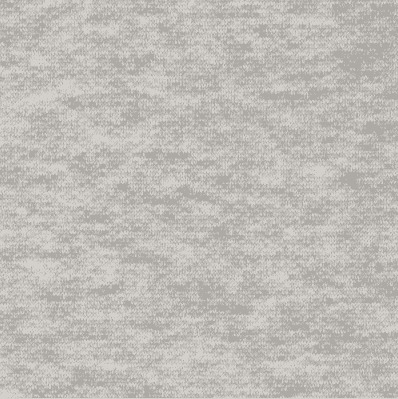 SWEATER KNITS: Smooth and lightweight to lofty and bulky.  Stable without much stretch.  Can be sold by the yard or as sweaterbodies with built in ribbing.  Has a nap and may run.  Used as sweaters or coats. 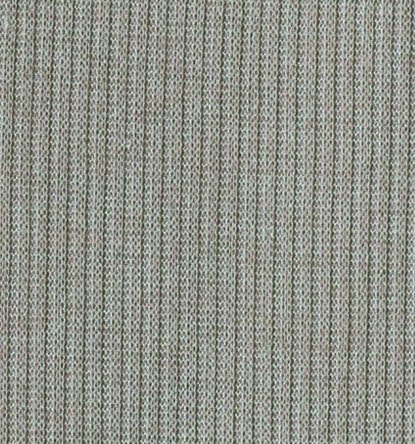 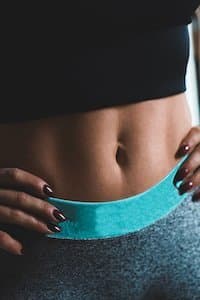 4-WAY STRETCH – Stretches lengthwise and crosswise. Gets its stretch from a manmade elastic fiber called spandex.  Lycra is Dupont’s registered name for spandex.  May be blended with nylon, cotton, polyester.  Used to make form-fitting garments for activewear and swimwear. 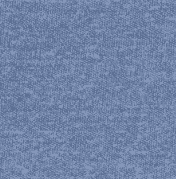 KNIT TERRY – Includes French and stretch terry.  Small loops on right side; smooth vertical ribs on wrong side.  May shift with right sides together because of nap.  Used for jackets. 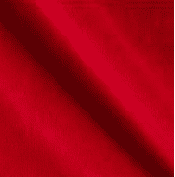 VELOURS – Includes stretch velvets, stretch panne.  Brushed nap on right side; smooth vertical ribs on wrong side.  May shift with right sides together.  Used for jackets. 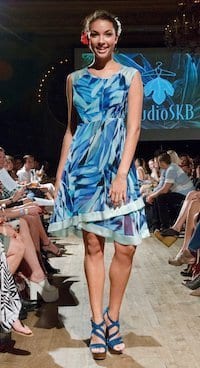 MESH KNITS, TRICOT – Knitted with evenly spaced holes.  Do not ravel or run but can snag.  Can be woven, non woven and knit.  Can be cotton, polyester or nylon.  Use for T-shirts, tops and jacket lining and ventilation.  If using for a dress or top, be sure to line it with a fabric of the same stretch.  It is see through!
For more on how sew with knits, take PFI’s Sewing Knits class.  Want to make patterns suitable for knits, take PFI’s Pattern 4-Knits & Stretch class. 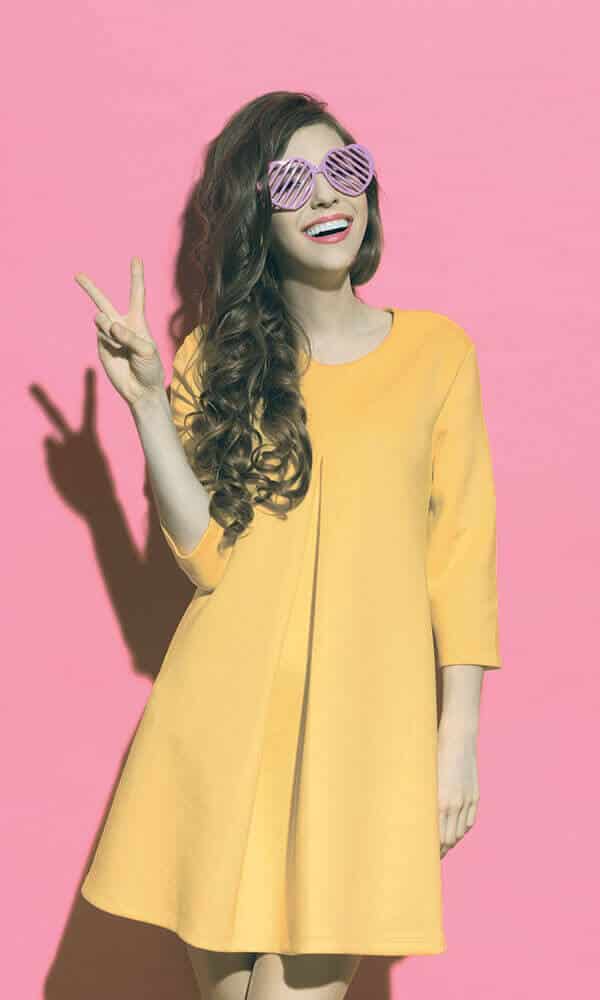 Women Feel the Sweat of Finding the Perfect Sports Bra

For a market that’s worth $3.5 billion, sports bras are notably stuck in the past. Some brands are using NASA-inspired technology or good old Velcro to create the perfect fit.

Is any woman truly satisfied with her sports bra? Waiting outside her SoulCycle class, New Yorker Ariel Tiedemann told The Daily Beast that it’s tough to find one that fits both her chest and ribcage.

“The fit isn’t the same all the way around,” she said. “That makes it difficult to remove a sweaty sports bra. I have to ask people to help me take it off, which is very awkward.”

In divisive times, it seems like women can agree on one thing: Sports bras leave much to be desired. Buying statement heels or a party dress? Cue shopping montage. Need a new sports bra? Take deep breaths and channel your inner contortionist.

For years, women have been inundated with suggestions of how to shop for bras. Some preach sizing down, to hold things in place. Others insist there should be room for at least two fingers underneath a bra’s band, to give a woman breathing room to properly “Om” during vinyasa. Such generalizations don’t work for everyone.

“I’m disappointed with the sports bras I try,” Katie Sturino, who runs the plus-size blog The 12ish Style, said in a phone interview “It’s crazy to me when people are like, ‘This is the one I use,’ and I try it on and it feels flimsy. Or it’s just too tight, and not comfortable.”

Sturino opts for an underwire sports bra from lingerie brand Chantelle, as the feature provides extra support for larger busts. But for Sia Cooper, a Florida-based personal trainer and fitness blogger, that extra help comes with a price.

“It’s a double-edge sword, because underwire sports bras can be really painful—they can dig into your chest, rib cage, and underneath your breast,” Cooper said.

Considering the world’s first-ever sports bra was just two jockstraps sewed together, one can at least surmise that the workout accessory has come a long way in its 41 years of existence.

It’s true that the sports bra market has grown—according to WWD, the industry is worth about $3.5 billion. There is even a dedicated bra testing facility at the U.K.’s University of Portsmouth.

Despite this, a 2015 survey in the Journal of Physical Activity and Health revealed that 17 percent of women avoided worked out all together because they couldn’t find a sports bra that fit, or they were embarrassed by breast bouncing.

The thorn in sports bras’ (padded) side may be, confusingly enough, the athleisure trend. Sure, the unkillable rise of business casual leggings and bras as crop tops has left designers scrambling to release more activewear, but rarely are those pieces used for being, well, active.

“It’s almost like we’re conditioned to have to dress for someone else when we go to the gym, and not ourselves.”
— Sara Moylan, SheFit founder
According to Katherine Carter, retail analyst at the market research company Edited, “Retailers are increasing investment in sports bras suitable for low-impact exercises such as yoga and pilates” (or, in athleisure’s case, trotting around latte in hand). The analyst noted that such products are popping up on shelves 41 percent more in 2018 than 2017.

“With athleisure, you’re not dressed for the function of working out,” said Sara Moylan, founder of the sports bra e-retailer SheFit. “It’s for the fashion side of what performance gear is supposed to do. It’s almost like we’re conditioned to have to dress for someone else when we go to the gym, and not ourselves.”

Some enterprising labels are taking note of the hordes of women who are gasping for breath in their tight-here, loose-there Spandex.

In 2017, Nike launched plus-size active wear, expanding its size range to include 1X to 3X busts. According to Carter, Curve retailer Lane Bryant’s LIVI Active has doubled the amount of sports bras it carries over the past year. In February, the trendy e-commerce retailer ASOS dropped an workout line, noting, “Gym motivation starts with good kit.”

In August, Witek’s team launched launched PureMove, a $60 item three years in the making. The no-frills black bra is made with Reebok’s special Motion Sense Technology fabric, which itself is saturated in a gel-like substance called Sheer Thickening Fluid.

Used in NASA suits, the fluid is known for firming when moving at quick speeds, and loosening up when standing still. According to Reebok, this gives the bra a bespoke fit—tight when you want it to be, but not so much that it will cut off circulation during your post-workout bagel binge.

SheFit’s Moylan was inspired to create her sports bra after the birth of her first child, when she couldn’t find sports bras that really fit.

“I was bouncing all over the place, so I found myself walking away from workouts I knew I could do, but wasn’t enjoying,” Moylan explained. During one especially frustrating episode, Moylan asked her husband to cut her out of a sports bra because it was too hard to get off. “It was a pretty expensive bra, but I didn’t even care.”

“No matter where I was, if I left my house, I just kept seeing women bouncing while running down the road or at the gym, and it became a flashing hazard light for me.”
— Sara Moylan
Fed up, Moylan grabbed a needle and thread, and began Frankenstein-ing the first SheFit prototype. She jerry-rigged the straps and bust to fit better with a hot glue gun and some Velcro. “It was a hodgepodge of awfulness, but it really worked,” she said.

Soon, Moylan was obsessed with spreading the word about her creation. “No matter where I was, if I left my house, I just kept seeing women bouncing while running down the road or at the gym, and it became a flashing hazard light for me,” she said.

In 2014, Moylan started her brand in earnest, crowdsourcing on Kickstarter, investing her own funds, and appearing on ABC’s Shark Tank two years later. In lieu of Reebok’s Space Age materials, SheFit’s $67 Ultimate Sports bra is made with Moylan’s beloved velcro, so women are able to customize their own size.

Lauren Gilleland, a designer at the Brooklyn-based athletic wear company Solfire, called shopping for sports bras as maddening as finding a perfect pair of jeans. “You want some wiggle room, but you don’t want to be sucked in,” she said.

Gilleland advises shoppers to try a few jumping jacks in a fitting room to test a bra’s support. “When you’re jumping up and down, everything is moving,” she explained. “If you get your arms moving, you’ll have a feeling if there is any under-arm tension.” On that note: “A thicker, flatter strap will be more comfortable and more supportive than a thinner strap.”

For women like Tiedemann who haven’t found options that properly nail the bust-to-ribcage ratio, Gilleland suggests choosing a bra that’s as customizable as possible. “If you want full support, go for a bra that has an adjustable clasp,” she said, citing Solfire’s Luna Bra as an example.

Moving Comfort’s Juno Bra, which Cooper cited as one of her favorites, has a similar design. According to the trainer, “It holds everything, there is no uniboob, and you can bounce around, burpee, do jumping jacks, and run at full speed without having anything pop out.”

While Moylan’s pretty proud of that statistic, one customer’s testimonial makes her particularly happy.

“We had someone say, ‘I didn’t even know I bounced until I didn’t bounce anymore,” Moylan said, wondering, “How many women are out there who don’t even know that it can get better?” 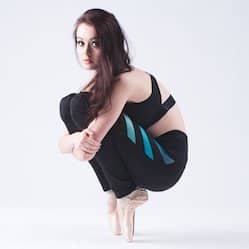 Feeling the need to create something good? Let’

Got loops to turn? Use the magic of our Fasturns

All it takes is an old straw, clean chopstick and

Put old straws to good use. String your drawcord.

Protect your pocket corners. Adri shows how to se

Making piece with your bias. Here’s how to piec