Learn the basics of setting up an apparel business: How to protect a name, set up infrastructure, deal with the city, state and taxes, do business with other apparel businesses, get into textile and trade shows, find out about EIN, RN other acronyms, rules and regulations.  Class comes with lots of useful handouts.

About the instructor: Karen Spencer.  As a trainer and counselor, Spencer consults and works hands-on with start-ups, non-profits and established businesses on business strategy, business development, marketing and legal strategy. She formed and led Nike Intellectual Property Transactions & Licensing function. She has worked in and been partner for several silicon valley companies and law firms.   She now works as a business strategist and for MercyCorps NW.

By one week before your class starts, you are sent a reminder of log-in instructions and directed to go online to test your system.
Reviews for PFI's Saturday Business Seminars:
"This series was the best investment I could have made" -- Beth C
"I cannot begin to thank you enough for all the help, advice and encouragement you have given me." -- Bondi N 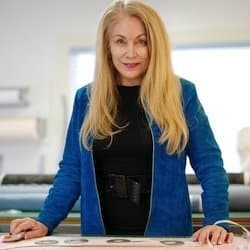